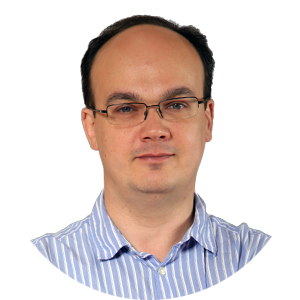 Professor, PhD, Invited PI of the Laboratory of Behavioural Neurodynamics, Head of MEG/EEG at the Center of Functionally Integrative Neuroscience, Aarhus University; Invited professor at the Institute of Cognitive Neuroscience Centre for Cognition & Decision Making at HSE University

Yury Shtyrov has many years of international experience in studying human neurocognitive functions, in particular neurobiological foundations of the human speech and language function. His particular contribution to the science of language has been in uncovering early and automatic stages of language processing and in detailing the time course of spoken language comprehension in the brain. This work has to a large extent contributed to a dramatic change in our understanding of how the brain analyses speech, which has occurred in recent years. It shows how memory traces for linguistic elements in the brain can be probed using objective imaging tools, how they develop with learning, interact on different levels, as well as the interaction between the cognitive systems of language and attention. Most importantly, this work shows that these different processes occur rapidly and in parallel, something that was first met with disbelief but is now becoming generally accepted thanks to this and similar work.

Lab PI, the founder and inspirer of everything that happens in the Lab.